I love a bank holiday. I mean, we all do. But I really love a bank holiday because it is the perfect opportunity to take a trip somewhere new, without using up my precious annual leave! So for June, myself and himself headed to Prague. Leaving at lunch time on Saturday and arriving at 5pm we had little time to waste so we set out to explore the city almost immediately.

Classical Concert
First thing’s first, we needed to get dolled up for a trip to the theatre where Amadeus was apparently filmed. There are any number of classical concerts running every night and day in Prague, so we chose the most convenient time and we hurried out of our hotel on Wenceslas Square to catch the performance. Since we hadn’t eaten we stopped at one of the many kiosks on the square and grabbed an Old Prague Sausage which was a big red spicy sausage and more than enough for one person. I’m sure I just looked delightful in my long black dress scoffing a massive hot dog, but you gotta do what you gotta do!

We bought the cheaper of the concert tickets which cost about €18 each and we were guide up stairs to the theatre. At first I thought there was something dodgy about all of this as we walked through an old dilapidated corridor with what was once magnificent red wall paper hanging from the walls. But I was pleasantly surprised as we reached the grandiose ballroom at the end. Although it hadn’t been perfectly maintained the room had kept its class and lavish decor. A large gold chandelier was not even the main feature of the ceiling which was covered in an intricate fresco renaissance painting.

The Royal Czech Orchestra played perfectly what can only be described as the “classic hits” as even with my Junior Cert level education in music, I could recognise most of the songs. A number of special guests joined the concert including a very animated cellist who looked to be having the time of his life. The concert was excellent and little did we know, it was probably the only place in Prague we would be, without the presence of a stag party!

Charles Bridge
It was still bright when we left so we wandered out on to Charles Bridge. Even at sunset the bridge was packed full of tourists with their selfie sticks, caricaturists and  other entertainers. Boat tours passed almost one after the other and St Vitus Cathedral (Often mistaken as Prague Castle) dominated the backdrop. All along the bridge, 75 statues of historical figures lead the way across the Vltava river. We stopped to enjoy the views for a while before heading across in search of something more contemporary.

John Lennon Peace Wall
I have been to places all over the world that have paid tribute to John Lennon but this was by far the most poignant. What appears to be a graffiti covered wall is actually a moument to the free speech in Lennon’s song and served as a non-violent rebellion of Czech youth to the communist regime in the 80’s. People still come to this day, to add their own messages to the wall. Is was pretty cool I must say!

Petrin Hill
The next morning we got up bright and early and headed for Petrin Hill. We took the metro to Andel, where the guide book promised communist monuments but the ones we saw were pretty disappointing. We then took the tram getting off to see the child of Prague at the church of our Lady Victorious, but we arrived in the middle of a service and so we didn’t go inside. Not off to a great start then! Next we took the funicular up to the top of Petrin Hill and things started to pick up. Petrin tower, like a mini Eiffel tower, has the greatest views of the city so we headed there first. There is an option to climb the 60metres worth of steps, but since we had a full day of walking we cheated and took the lift. From the top we could see the panoramic views of Prague’s magical terracotta skyscape.

Mirror Maze at Petrin Hill
As it turns out there are a number of mirror mazes in Prague and we actually visited two! The first one on Petrin Hill was interesting but not as spectacular as it might have been. There were too many people around to get the full effect of the maze and it was remarkably easy to navigate. We did have a proper giggle in the wall of mirrors so all was not lost, but again, there were far too many people to fully enjoy this.

Prague Castle & St Vitus Cathedral
We took the long walk down Petrin Hill and then had to climb back uphill to reach the castle. I’m convinced that we made an error here, but the map said otherwise! On the way we were entertained by the house signs, an old Czech tradition whereby the profession of the house owner would be painted over the door instead of a house number. Finally we reached the castle complex and the views were worth the walk.

We didn’t actually enter the castle itself, instead choosing to go to the St Vitus Cathedral. This huge gothic church eclipses the tower, so much so that when it is lit up at night you can’t even see the palace.

Church of St James
There is no shortage of churches in Prague and each more splendid and embellished than the last. We came across this church by chance and we couldn’t believe how spectacular it was. Positively dripping with gold and protected by alarms you could only imagine how much the contents were worth. Obviously, it has always been a target for thieves, as the mummified arm of a man who tried to steal from the church hangs eerily from the corner. Flanked by enormous stained glass windows, it is everything you would expect from gothic architecture.

Madam Tussauds
Near exhausted from our epic day of sightseeing, we decided to take a break from the churches and dropped into Madam Tussauds. I hadn’t visited a wax museum since I mistakenly visited one in Hong Kong….. and I didn’t recognise a single exhibit!But it was very hot by now so we needed a bit of shade. Entrance was only about €6 which is far cheaper than others internationally. It was justified, the museum was half full of historical Czech figures and the rest of the museum was pretty lack-lustre, but I did get the obligatory photo with George Clooney and had a welcome break from the heat!

Absintherie
Finally it was time for some night life and one of the things I was really looking forward to trying was absinthe. Certainly not what I would usually drink at home, this potent spirit is a Czech specialty. We found the Absinterie, which was a really cool, speakeasy style, absinthe bar. The art deco tones and retro covers of modern songs gave it a cool vibe and the well dressed bar staff only added to it. I had not tried absinthe before and watched with amazement as the barman lit a sugar cube and dramatically burned the excess alcohol with skill. 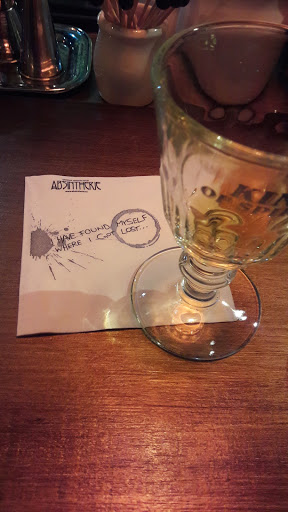 It was a much smoother drink than I was expecting, but still very strong and still hot from the process. The cocktails also looked amazing but with my drink containing 70% alcohol, I thought it was best to just stick to the one! 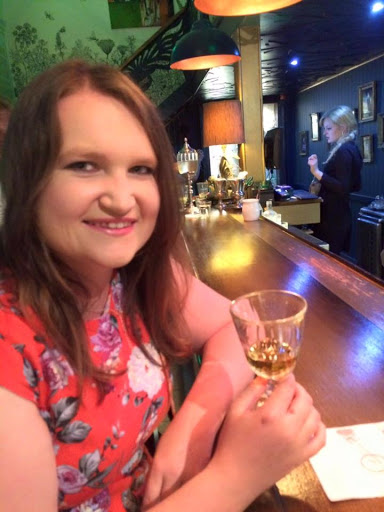 Astronomical Clock
We waited for the best possible time to view the astronomical clock in Prague’s old town square. at 23.00 the clock rang 11 times giving us more time to enjoy it. The clock is the most famous tourist spot in Prague and every hour thousands of tourists gather to view its movements. It is possible to tell from the clock dial what day it is and its position in the week, month and year. There are a number of stories about the history of the clock but the most famous one was that it was built by the astronomer Hanus in 1410. The city Councillors of Prague were so proud of the clock that they began to fear that Hanus would build one in another city. To stop this, they had him blinded! But Hanus had the last laugh by removing an essential part of the clock so that it would no longer work. The legend goes that the clock was not repaired until the 16th century. Whether this is true remains to be seen, but the clock is certainly a spectacle to behold!

Mirror Maze No.2
On our final day there was time for one last activity, but a quick one! We headed for the second mirror maze in the old town square to compare the two. This mirror maze was certainly more of a maze and than the first and much more challenging. There were only two of us there so we definitely had the opportunity to get lost and I even had a few bumps on the way. The second of the two mazes was further disorientating with a mixture of mirror and perspex. We enjoyed this much more than the mirror maze on Petrin hill and we giggled uncontrollably as we truly got lost. As well as the maze there was a kaleidoscope cinema and an imaginarium for us big kids. I didn’t take photos of this, so I will have to leave it truly to your imagination.

The Food
You almost thought I forgot about food didn’t you? Of course I didn’t! I just decided to give it its own section! Basically if you are looking for aesthetically pleasing food, Prague is probably not for you. On the other hand, if you are looking for wholesome, flavorsome grub full of love and care, then come along. I won’t tell you everything I ate, but I’ll fill you in with a few of my highlights!

In poll position is the traditional beef goulash. I loved this lightly spiced stew with tender beef and carlsbad (bread and flour) dumplings. Goulash is available in almost every restaurant around and even better is the fact that it’s so cheap!

We also visited a restaurant called Lokal and I was eager to try as much “lokal” food as possible. So we ordered a selection of czech sausages along with some white pudding and deep fried cheese. Almost everything was served with tartare sauce or whipped horseradish, which I’m not usually a fan of. There was far more food than we could finish, but it was all delicious and believe me, if I could have continued eating, I would have!

Not far from Charles’ Bridge we happened upon a cheese and wine market. Some absolute genius was selling these fantastic cheese boats…. boats of cheese!!! How fab is that?! Yummers!

One of the less appetizing foods was the potato dumplings filled with boiled ham, served with white and red pickled cabbage. Ok, so it looks pretty disgusting, but it actually tasted good. I probably wouldn’t be in a hurry to order it again though……

And finally, last but by no means least was the Trdelník! I’ve often said, it’s not a holiday if there is no ice cream, but trdelník takes ice cream to a new level altogether! A sweet dough pastry that is rolled into a cone shape and filled with ice cream and strawberries…. sounds amazing doesn’t it? Well it is!! More than amazing! You absolutely HAVE to try is and SOON!!!

Phew. So that’s what we got up to in 48 hours in Prague. I told you before, myself and himself can pack a lot into a weekend. We certainly get stuff done! I am completely exhausted after it but am getting ready to do it all again. Stay tuned for next weeks exciting destination!!!!