My Indian Adventure. Day One – Going solo in Delhi

Last December I took the big step of travelling to India alone. I had been enchanted by this country for a very long time and having heard stories about how much people either loved or hated it intrigued me. I wanted to see which category I fell into. After waiting a long time for someone to join me, I eventually decided to bite the bullet and book the trip myself. I booked a month off work, cleverly including all of the holidays over Christmas, so I managed to take just 11 day annual leave and away I went. My trip was a combination of solo travel, an organised trip and some adventures with people I met along the way. As promised, here is the beginning of my trip to Incredible India!

The Journey
I knew that I would not spend much time alone from the moment I sat on the plane at Heathrow airport. There was not one single seat free on the flight and it was loud and boisterous. I settled myself in to watch some movies and pass the time. I was half way through “Magic Mike XXL” when I got a tap on the shoulder. I was a bit annoyed to be quite honest, because the big finale was coming up…. ladies, you know what I mean! A elderly Sikh gentleman wearing a turban passed me a piece of paper with the word “Khang” written on it. I then learnt that this was his name. I also learned that Khang was an army veteran from Amristar. After a long interesting conversation about politics, Indian culture and my itinerary, Khang invited me to stay with his family in the North of India. Sadly I had to decline, but I left with an overwhelming feeling of warmth and hospitality.

I had booked my transfer from the airport with “women on wheels” an organisation of female drivers set up to provide employment for local women and safe transport for solo female travellers. Along with my driver Sunita, I had a baptism of fire on Delhi’s insane roads. Zipping in and out of multiple lanes and dodging trucks while repeatedly honking the horn of her little Tata car, “how is my driving?” she laughed! Little did I know, that this was actually the norm.  We passed a distinct monkey temple on Karol Bagh and arrived at my hotel breathing a sign of relief!

Going solo in Delhi
I decided not to miss a single moment of my trip and I jumped straight into Delhi. Since I was new to the city I asked the hotel to organise a driver for me. I agreed a price of 800 Rupees for 4 hours and set off to see the local sights. First stop was the Indian parliament and India Gate which is a war memorial in New Delhi surrounded by beautiful green gardens. 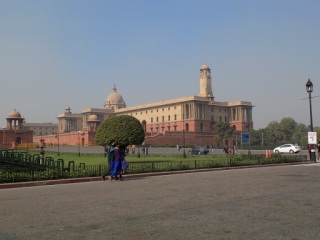 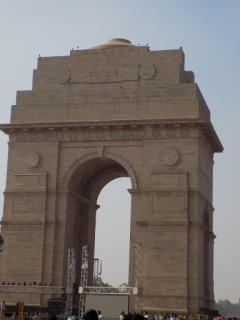 Humayan’s Tomb
My first experience of beautiful Indian architecture came from the vast and opulent tomb of the Mughal Emporer Humayan. I spent hours wandering around the main tomb itself and the many other tombs housing the remains of subsequent emperors and descents of Humayan. 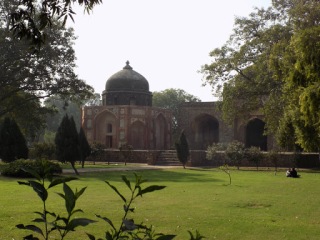 After a long day of sightseeing I ended my first day in India by ordering far too much food at a recommended restaurant and experienced my first wild monkey! 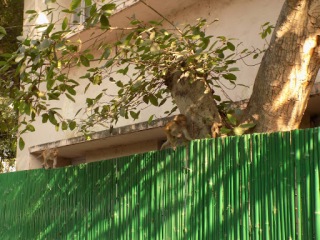 Little did I know that day one in India was just a quick intro to a country that was just waiting to be explored. I can’t wait to tell you about what happened next.