I didn’t expect to be surprised by Cuba. After All, I had read about the History, I had listened to the music, seen the photos and sampled the rum, but there is literally nothing that can prepare you for the atmosphere of this amazing country.
On arrival in Havana, we were struck by the colourful political murals splashed around the city. As if the revolution of 1953-1959 had taken place yesterday. “Socialism O Muerte” some read, with others depicting local heroes Ché Guevara and Fidel Castro.
On Day one we chose to head out and walk the streets of Havana. Granted, this was a rookie mistake, as it was 35 degrees and we were not prepared for the sheer size of the city. One of the things that you must do in Havana is take a tour in one of the colourful vintage cars that Cuba is so famous for. My advice for this is to do it early in the morning BEFORE you have walked the whole length of the city – We learned the hard way on that one! Our driver Carlos brought us around the important sights, such as the Place de La Revolution, with iconic images of Guevara and Castro, as well as a local park dedicated to John Lennon and believe it or not, Havana’s China town! Next, we drove with the roof down, along the Malecon, which is Havana’s seafront and finished our tour in Old town Havana. Here the old buildings and churches are a reminder of the Spanish influence. 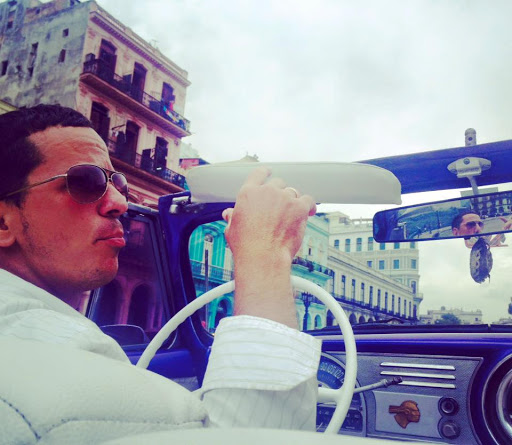 Having exhausted ourselves in sightseeing, it was time to hit Havana nightlife. A quick read of a lonely planet book in our hostel, told us that Ernest Hemmingway had lived in Havana and was partial to a cocktail or two. He famously said “My Mojito in La Bodeguita, My Daiquiri in La Floridita”. A glance at the map showed us that we were within walking distance of both, so we opted for Mojitos first. At La Bodeguita del Medio, we indulged in the world famous cocktails and were distracted by the bland food by the incredible passion of the local musicians who had set up in the corner. Next up on our Havana pub crawl was La Floridita. This was the most charming place with brightly dressed waiters, a red carpet and a bronze statue of Hemmingway in the corner. It felt like walking into a bar in Miami in the 50’s. Across the bar in gold were the words “The Cradle of the Daiquiri”, reminding us that there was only one thing we should order here. Again, the music and the atmosphere of this place were so unexpected, with groups wedged around small round tables. We propped up the bar, watching as men and women alike enjoyed both delicately dressed cocktails with big fat Cuban cigars. The delicious frozen cocktails were exactly what we needed in the heat of the Havana night. 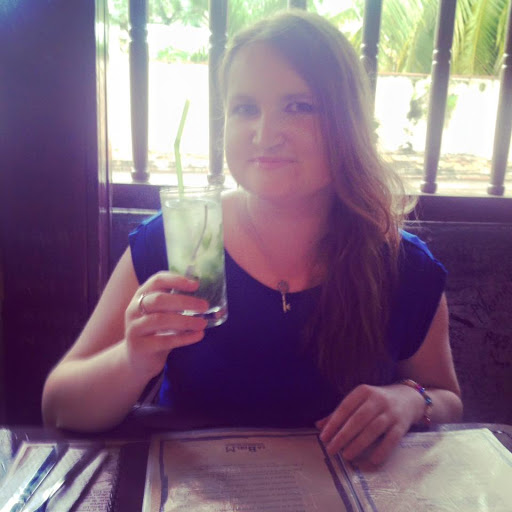 While in Havana we also did some shopping and I picked up the required cigars and a straw hat. Next up was the revolutionary museum. While there wasn’t a lot to see in the museum and it was quite poor value for money, it was an important part of understanding the rich history of the country. I was also very amused by their so-called “Wall of Cretins” where they publically shame George W Bush and his father along with Fulgencio Batista, the former right wing dictator. They truly were not holding back!
I spent my last might in Havana alone, as my friend was heading to the beach area of Varadero. I decided to splurge a little on dinner and one last mojito in a restaurant facing the seafront. After dinner I rambled along the Malecon and stopped to watch the sun set. It was the most beautiful end to my stay in Havana, but there was so much more of Cuba to explore…..